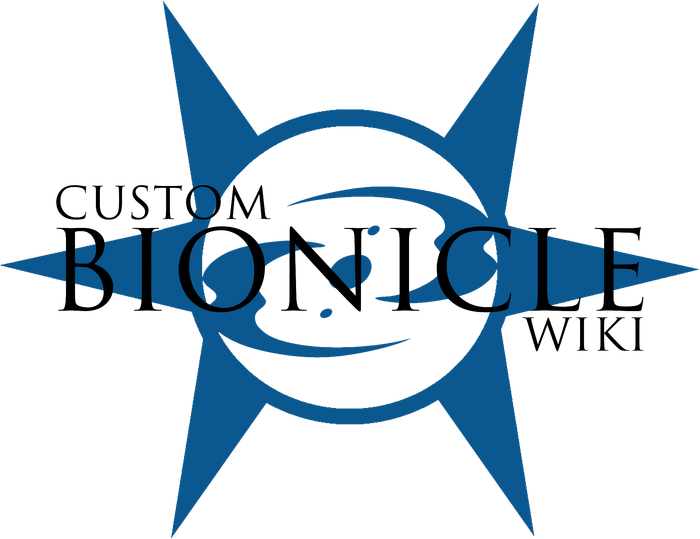 Custom BIONICLE Wiki: The encyclopedia for fanon BIONICLE info that anyone can edit!
We are currently editing over 7,986 articles, and you can help
About | Staff | Policy

It was in those days I discovered our destinies are not written in stone. We have to find them for ourselves. I found mine. Now it's time for you to make new legends, for that is the way of the BIONICLE. — Turaga Vakama

The Custom BIONICLE Wiki, or CBW for short, is the single largest BIONICLE wiki in existence. Here, you and other fans of LEGO's BIONICLE line can make up your own MOC (My Own Creation) and display it in its own encyclopedia article! Anyone can put their custom BIONICLE creations and stories on this wiki, as long as it's not inappropriate or copyrighted.
If you're new here, we encourage you to make a free account. If you already have a username, go ahead and make an article with the box below, or edit an already-existing one. Above all else, have fun!

bub was here. remove this when he get 8000 edits 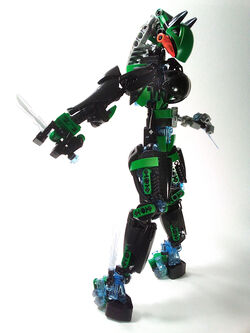 Entering into the spotlight after winning the Dark Hunter MOC contest, Lariska’s Canto Universe counterpart is all the rage at the moment.

True enough, the article lives up to its decisive victory in the Best Article category, taking great lengths to provide historical accounts to fill in the gaps in the character’s history, philosophizing as to Lariska’s island and species of origin, providing a number of likely scenarios for the conditions that molded her into the elite huntress she came to be, with input from credible sources, such as the Order of Mata Nui and The Recorder.

Delving deeper into the creative testing ground of Dark Hunter activities, ChineseLegolas goes on to detail her activities during the Federation of Fear story serial, as well as her activities as The Shadowed One’s preferred lieutenant on Spherus Magna, where she recruited a number of new Dark Hunters, such as Hush, Fianchetto, and Nomad.

But what truly distinguishes the article in the eyes of this writer is the sheer attention afforded to her characterization, which is evident in the Abilities and Traits section. ChineseLegolas has taken great lengths to outline Lariska’s existing traits while delicately reinforcing them with his own innovations, making note of Lariska’s loyalty to the Dark Hunter cause, uncompromising logic, and complete lack of remorse.

Vote for the next Featured Article here!

Before making articles, we recommend that all new users read through our Manual of Style, the quintessential guidelines to article layouts on this wiki. The Manual explains the manner in which all articles should be made and how they should be structured. The wiki staff uphold the Manual of Style as the necessary format of all articles, so we advise that in order to prevent your articles from entering our improvement categories, you have a quick read through of the Manual.

As a fan wiki, the Custom BIONICLE Wiki has a number of articles that do not match our layout guides. Help out the wiki now, by updating, improving, categorizing, revising and adapting the articles found in categories such as the Article Stubs, Articles for Wikification or Outdated Template Articles, so they match our Manual of Style. Partake in this project and help bring the articles found in these categories back up to scratch with the community's expectations.

Write a story where a character shows great generosity...

Official Launch of Myths and Legacy

Twenty years ago this month, LEGO launched a desperate gambit, throwing everything into a toyline t…

ANNOUNCEMENT: The Next Two CBW Contests

Last month, we hosted a poll asking you, the community, what contest you wanted to see next. From t…