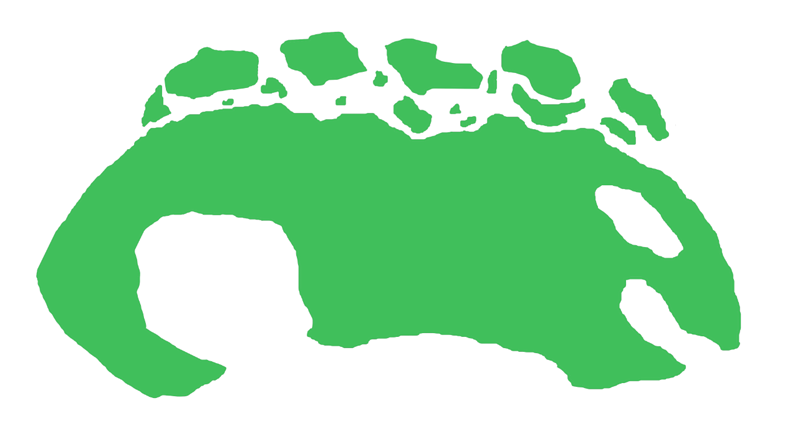 Balfe Nui is the location of the comic stories in the Remains Alternate Universe, featuring Lost, Uprising, Patriots and Elegy. It is a largely uninhabited island; it has one main city and numerous other small settlements.

The island was long undiscovered, until recently it was discovered by a group of adventurers. They found an abandoned and partly destroyed fortress there, the place which would later become the capital.
With more and more Matoran of the Southern Continent sailing over, the city expanded with many small villages in different locations. Without any streets between them, contact with the colonies was always quite low.

The group of Toa Hakefor, Balenvar and Leshar travelled along with several Matoran to a spot which was strangely not covered by any plants, and build the Farside Village there. At the time they did not know it was also the burial place of the Kanohi Tilira. This village would later be the place where the Farside Toa should arrive.

At the edge of the island's big mountain yet another group of Toa and Matoran found a place to live.
While their home had to specific name, it was later known as the place where Kyhae and her team would meet their fate.

The landscape of Balfe Nui was, for the most part, wild forests and grasslands. The land was mostly uninhabited, save for several small settlements, and as such was overgrown and uncivilized. Two main bodies of water existed, along with two small mountains. Four smaller islands, also considered part of Balfe Nui, formed a small ring around the northern side of the main island. Sandy beaches made up the majority of the edges of the island.

Retrieved from "https://custombionicle.fandom.com/wiki/Balfe_Nui?oldid=527092"
Community content is available under CC-BY-SA unless otherwise noted.